I was chatting with my friend who is a PE teacher the other day and she was talking about children presenting in secondary school without any upper body strength, and sometimes even presenting as disabled!!  She was saying it has increased dramatically over the years!

It starts from babies who now sleep on their backs, which thankfully has prevented a lot of cot deaths.  And the lack of time spent on their tummys, dreaded tummy time is often skipped over and children don’t crawl as much as they would have before.  This is a hard one to overcome as a baby sleeping on their backs is essential to their survival!!  And tummy time can be torture for baby and parents. 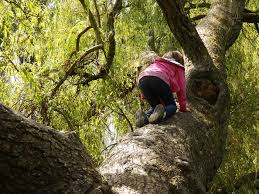 So onto the next phase where we supposedly letting our kids down.  They are inside on screens, the battle of the screen, I find them so hard to stay away from too they are seriously addictive!   The bottom line is children should be spending lots of time playing.   They should be playing a lot; through this they learn ‘fundamental movements’ such as skipping, climbing trees, hopping and jumping, which are essential for balance and co-ordination.  So the other day after chatting to her the kids wanted to watch TV and I gave them the option of tidying the playroom or playing outside!  They choose outside, surprise surprise and stayed there for hours, I was delighted with myself, a good start!!  I find I’m great with the’ good parenting’ when I’ve loads of energy, when I’m tired it’s a lot harder. 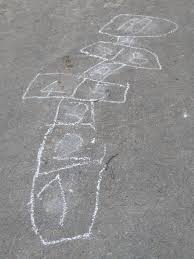 One other thing she said was there seems to be divide where some children are arriving to school having done a million and one sports and others having done none.  I like to think I’ll be somewhere in the middle, I don’t want their childhood to be filled with organised activities.  I also don’t want to spend the next 15 years running and racing everywhere!!

So I’ve bought a skipping rope, chalk for hop scotch and I cut down a tree that was blocking a nice looking tree they could climb, the only thing I haven’t done is show them which tree as I don’t particularly want to see my children 20ft up in the air hanging off a tree, but I’ll build up the courage!! 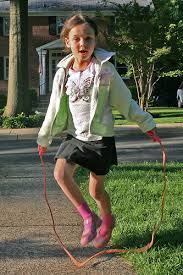 Back to Top
Close X
This site uses cookies: Find out more.